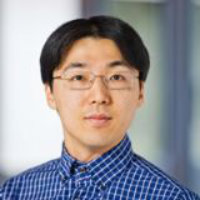 According to Nikkei Business, Kentaro Shimizu is one of the 50 Japanese who move the world.
Twitter